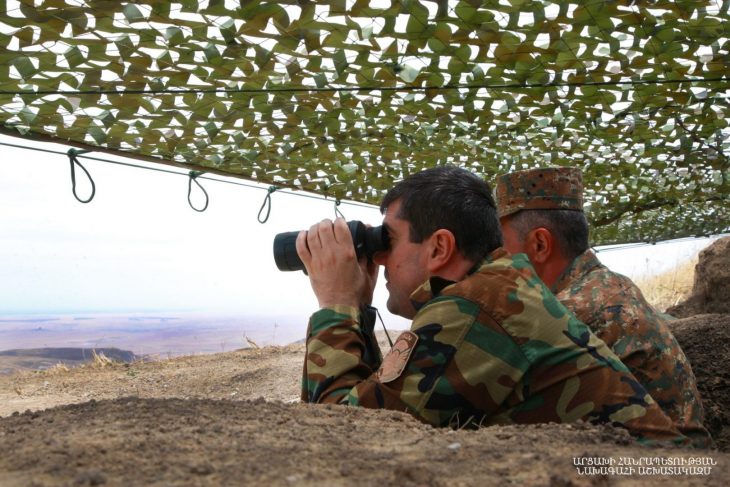 President of Artsakh Republic Arayig Harutyunian,
on June 28, visited the south-eastern border of the Republic and got acquainted on site with the situation in the frontline. Reported the Presidential Office.

The President was accompanied by Defense Minister Jalal Harutyunyan and other officials.

The Head of the State highlighted the activities of equippng the frontline with new types of armament and in this regard gave new instructions to the army’s command staff.

In the words of Arayig Harutyunian, the ongoing bellicose statements made by the Azerbaijani authorities testify that official Baku is not ready yet to discuss a peace agenda with Artsakh authorities. Thus, it is an imperative to spare no effort to stem the adversary’s possible military adventure and give a worthy counterstroke.