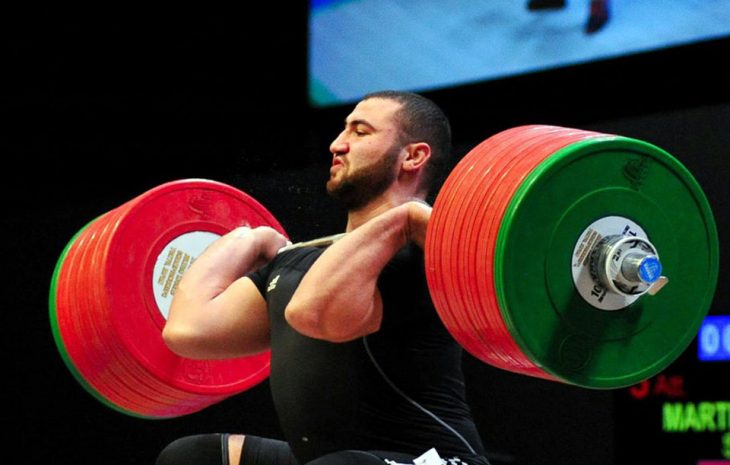 Armenian weightlifter Simon Martirosyan was named the champion at the World Championships currently underway in Turkmenistan.

Martirosyan, who is a silver Olympic medalist, lifted a total of 435 kg above his head to set a new world record and take gold.

Martirosyan won a gold medal at the 2014 Summer Youth Olympics. He won a bronze medal in 2016 European Weightlifting Championships. He competed for Armenia in the 2016 Summer Olympics, where he won the silver medal in the men’s 105 kg competition.