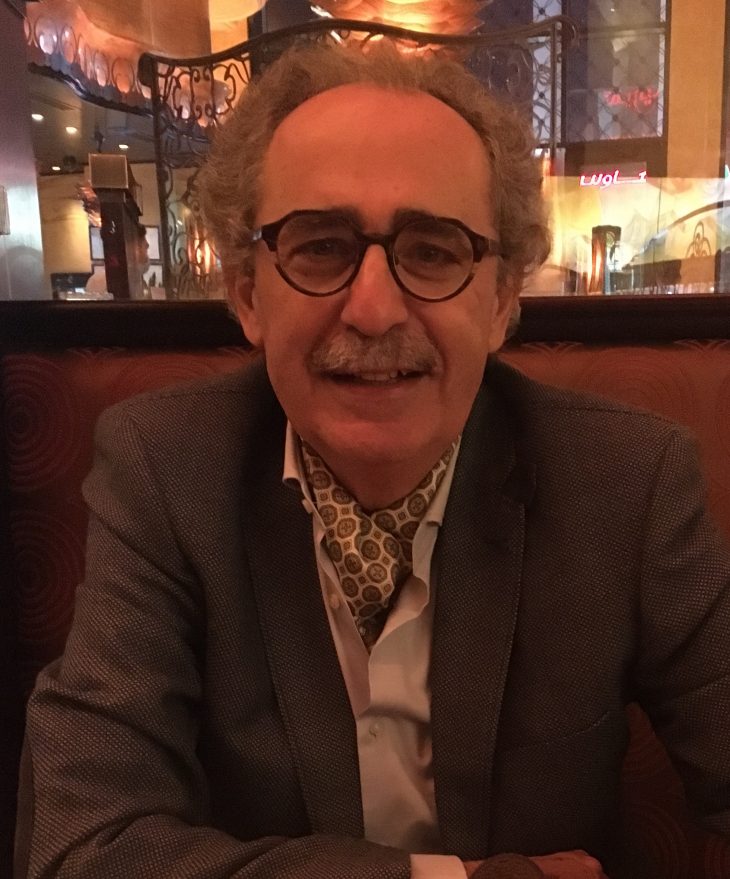 The second factor in the development of the Armenian Evangelical Church was the input by the American Board of Commissioners for Foreign Missions, and Danish, German, Swiss mission organizations. They extended a helping hand and rendered invaluable contributions by emphasizing the primacy of faith over works, scriptures over tradition, the importance of a Christian lifestyle, the significance of education for both sexes, and the establishment of schools, hospitals, orphanages, and the printing press. The Armenian Evangelical Church was officially recognized by the Ottoman rule as Protestant Millet (community).

The first ethnic cleansing of the 20th century – the Armenian Genocide, perpetrated by the Ottoman regime in 1915, devastated the vibrant Evangelical community which had 137 churches, 179 pastors, 13,891 communicant members, about 51,000 adherents, hundreds of elementary schools, 34 secondary schools, 7 colleges, and 3 seminaries. The Genocide led to the creation of diaspora communities around the world that are now fully equipped with churches, schools, universities, cultural, charitable, and sports organizations, newspapers, and political parties.

The Armenian Evangelical Church in Armenia

The root causes of the establishment of the Armenian Evangelical Church in Armenia in the 19th century were similar to that in Constantinople. The Russian authorities were not sympathetic with the Evangelical Church’s activities, and it was only in 1914 that they granted it an official registration as Armenian Evangelical Ararad Community in Yerevan. The Church expanded its ministry during WWI and after the Genocide. American, German, and Swiss missions helped in the development of the Church’s relief work and humanitarian aid by establishing orphanages. The Near East Relief, for example, continued its services in Armenia until it was officially terminated in 1931.

The first independence of Armenia on May 28, 1918, helped the Church to grow, counting 8 churches and 3000 parishioners in Armenia and 4000 in the Caucasus. In 1923, with a total of 15 parishes, the Soviet regime in Armenia – by now one of the republics of the Union of Soviet Socialist Republic, officially recognized the Church as Armenian Evangelical Ararad Community.  However, in 1930, growing restrictions on religious freedoms halted all church activities, as functions and worship services were banned. In spite of the prevailing situation, small congregations continued their activities in Yerevan and Leninagan (now Gumri) until 1944, when the decree on the “freedom of conscious” was officially endorsed throughout the Soviet republics. In 1945, the Ararad Community was reorganized with 46 communicant members and one worship center in Yerevan.

The Armenian Missionary Association of America

strengthen the spiritual life of our churches and rebuild the ruined churches of the fatherland with a deep conviction that our martyred Armenian nation will survive and continue to exist as a nation. As the first Christian nation in the world, she has a divine and noble calling to not only confess her Savior, the Lord Jesus, and to bear Christ’s Cross of afflictions to the knowledge of the entire world, but she also intends to become the torch-bearer of the lofty Christian civilization among the peoples of the Middle East.

In 1990 when Armenia declared its independence after the collapse of the Soviet Union, the Evangelical Church of Armenia restarted its mission when AMAA launched its humanitarian aid program in the wake of the devastating earthquake in Gumri in 1988.

In 1991, AMAA established its headquarters in Yerevan, then in Gumri, Vanatzor, Stepanavan, in the Republic of Artakh in 1995, and in Goris, Armenia, in 1997. The humanitarian programs were soon followed by the establishment of the Evangelical Church of Armenia, which was officially recognized by the authorities on July 1, 1994. In 1997, Armenian Evangelical Seminary was established to provide the local pastors with theological and academic training. The same year witnessed the publication of the periodical Armenian Evangelical Church.

The Armenian Evangelical Church has always been a pioneer in education. It firmly believes that Christian and Biblical teachings are best provided in conjunction with daily school curricula. On September 20, 1999, Khoren and Shoushanig Avedissian daily high school was inaugurated. The school is considered to be one of the leading schools in Armenia.

As for the AMAA, presently it is active in 24 countries.

Mission in the Republic of Artsakh

Since its liberation in 1990, the Republic of Artsakh has been on the priority list of the AMAA. The latter started its aid programs in Artsakh in 1995. The Artsakh government officially recognized AMAA in 1998. The AMAA is the first diaspora mission organization to be registered in Artsakh. The AMAA helped in establishing an Armenian Evangelical Church in Stepanagert in 2003 and 4 Christian Education centers in Askeran, Mardagerd, Shushi (had a Swiss mission station in 1821), and Stepanagert. The Shogh Community is an educational day center operating in Askeran and Shushi, where 52 mentally and physically challenged Armenian children aged 6-14 receive care and education. AMAA is actively involved in providing food and financial aid packages to more than 200 families and organizes summer camps and daily vacation Bible schools for thousands of children.

The recent 44-day war, from September 27 to November 9, 2020, was very devastating for Artsakh and Armenia. AMAA pledged one million USD for humanitarian aid programs for Artsakh and together with the Church have been actively involved in helping the internally displaced by providing shelter, food, and clothing. AMAA is initiating psychiatric sessions for traumatized children. The AMAA center in Stepanagert was damaged during the war but is being renovated now. “We already renovated the center to resume our mission work and restart the church services to uplift the hurting souls of the Artsakh people,” says Harout Nercessian, AMAA director in Armenia. AMAA lost one of its important headquarters in Shushi to the Azeris. “We believe that one day we will have it back,” continues Nercessian.

AMAA was the first charitable organization that entered the villages of Artsakh after the ceasefire and distributed food, baby milk, and warm clothes to the refugees who were temporarily sheltered in the villages. “We want to continue our spiritual and social services to our homeland in Armenia and Artsakh,” says Rev. Hovig Hovsepian, Associate Pastor of the Armenian Evangelical Church in Yerevan. “It is important that we share the message of hope in this post war period. We want to do that with great care and loyalty. We want to encourage our people to seek our Lord’s guidance.”

At the 92nd AMAA annual banquet in 2011 in Los Angeles His Holiness Aram I, Catholicos of the Great House of Cilicia, said, “Because of historical circumstances and this is indeed a confession, the Armenian Orthodox Church laid an emphasis on the national dimension of our church’s life and witness. There was a vacuum. And the Armenian Evangelical Church came to fill that vacuum.”

The Armenian Evangelical Church in Armenia follows the Reformed tradition in its theological and doctrinal belief. It maintains very good relations and cooperation with the Armenian Orthodox and Armenian Catholic churches. It also has good relations with Baptist, Pentecostal, and other non-denominational congregations. The Armenian Evangelical Church believes in ecumenical relations and is actively involved in many inter-church and para-church Christian organizations. The Church is an integral part of the Armenian nation and upholds the historical, national, and cultural legacy it has inherited. It remains committed to its primary Mission: To preach the Gospel message in Armenia through educational, social, humanitarian, relief, community development, and other ministry functions and opportunities.

In its 175 years, the Evangelical Church of Armenia paved the way for a Christian mission which has been and still is deeply rooted in the history of the Armenian nation. And the mission is to contribute in building this nation’s history with the biblical principles of the New Life offered to us by our Savior Jesus Christ. The New life that survives against all the odds.

*Hrayr Jebejian is General Secretary of the Bible Society in the Gulf. He holds a Doctor of Ministry degree in Bible Engagement from the New York Theological Seminary. Jebejian is the author of three books, along with articles published in academic journals and encyclopedias. He is a recipient of the Ambassador of the Motherland medal from the Ministry of Diaspora of the Republic of Armenia.