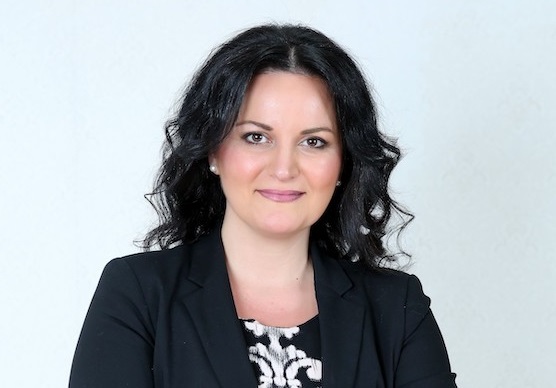 Anna Astvatsaturian Turcotte launches eponymous foundation and announces the establishment of the Initiative to document and research financial, personal, and property losses of the Armenian population of Artsakh Republic incurred during the Artsakh War.

WESTBROOK, Maine—Author, lawyer, lecturer and human rights advocate, Anna Astvatsaturian Turcotte, launched the “Anna Astvatsaturian Foundation,” a Nonprofit Corporation that will focus its efforts on community initiatives in Armenia, Nagorno-Karabakh/Artsakh and the Armenian Diaspora.  The first project of the Foundation will work toward determining the impact of Azerbaijani aggression on the Artsakh population.

Over the past decade, with the support of her growing fanbase and her trusted community partners, Astvatsaturian Turcotte spearheaded dozens of humanitarian, development, cultural, environmental and educational projects worldwide to support the community and to benefit the vulnerable population in Armenia and Artsakh Republic.  These include but are not limited to the following:

To maximize the impact of her work, Astvatsaturian Turcotte took the first steps to formalize the Foundation in the spring of 2020.  With the Tavush attacks in the summer of 2020 and the Artsakh War in the fall of 2020, the work of the Foundation will be more vital to Armenia’s future than first foreseen.  The humanitarian disaster currently faced by the people of Artsakh is unprecedented.  As Artsakh and Armenia begin to rebuild in their post-war reality, the Foundation will continue Anna’s work to strengthen the Armenian Nation independently and in collaboration with her trusted partners.

This first project is a detailed and well-planned initiative to collect empirical data on the displaced and affected population of Artsakh.  The project began in December 2021 in partnership with Armenia’s Association of Social Workers, and in collaboration with the Ministry of Labor and Social Affairs of Republic of Armenia, the Ministry of Housing and Social Affairs of the Republic of Artsakh and the Offices of Armenia’s and Artsakh’s Human Rights Ombudsmen.  Individuals interested in contributing to this project should contact the Foundation. The Foundation’s website is www.astvatsaturian.org and the organization will have an active social media presence.

The “Anna Astvatsaturian Foundation” is organized as a public benefit corporation under the Maine Nonprofit Corporation Act, Title 13-B M.R.S., as amended, and will carry on business and operate anywhere within the State of Maine or in any state where it has a legal authority to carry on business and operate.  The Foundation is intended exclusively for charitable purposes within the meaning of Section 501(c)(3) of the Internal Revenue Code.  The “Anna Astvatsaturian Foundation” is based in Westbrook, Maine, United States of America.

Anna Astvatsaturian Turcotte is an author, lecturer, lawyer, business woman and a human rights advocate.  She is an Armenian refugee from Baku, Azerbaijan. After fleeing Baku in the fall of 1989 due to ethnic cleansing of Armenians, Anna and her family spent three years in Armenia as refugees before coming to United States in 1992.

Anna received Bachelor of Arts degrees in English & Literature and Philosophy & Religion, a minor in Russian Language & Literature from the University of North Dakota. She received her Juris Doctor degree from the University of Maine School of Law. As a law student Anna received an Outstanding Law Student of the Year by Who’s Who American Law Students.  In 2004 Anna was one of the first Americans to clerk at the International Criminal Court in The Hague, Netherlands after working toward and observing the ICC’s creation at the United Nations in New York.

In 2012 Anna published her book, titled “Nowhere, a Story of Exile,” which she wrote at the age of 14 as her family settled in North Dakota as refugees. The book is based on the childhood diaries she kept as her family was fleeing Baku, Azerbaijan and during the years as refugees in Armenia.  In April, 2013 Anna successfully spearheaded the recognition efforts of Nagorno-Karabakh independence at the State of Maine House of Representatives.   In November, 2015 she was elected to the Westbrook Maine City Council by a 64% landslide.  In 2017 the Russian translation of Anna’s book was published. She was re-elected to the Council in November of 2018 and is currently serving as a Vice President of the Council.

Anna is the recipient of Mkhitar Gosh Medal, Republic of Armenia’s highest civilian honor awarded by President Serge Sargsyan for exceptional achievements in the political-social spheres, as well as outstanding efforts in the fields of diplomacy, law, and political science. Anna also received a Gratitude Medal from the President of Nagorno-Karabakh Republic, Bako Sahakyan, Vahan Cardashian award for her contributions within the Armenian Diaspora from ANCA-WR and Activism Award from ANCA-ER for enhancement of human rights, democracy, truth and justice.

Over the past decade, with the support of her growing fanbase and her trusted community partners, Mrs. Astvatsaturian Turcotte spearheaded dozens of humanitarian, development, cultural, environmental and educational projects worldwide to support the community and to benefit the vulnerable population in Armenia and Artsakh Republic. Aside from speaking worldwide on genocide prevention, refugee issues, international law and human rights, Anna has a 16-year career in banking regulatory compliance and risk management, currently as a Vice President, Senior Risk Manager at Androscoggin Bank. Anna lives in Westbrook, Maine with her husband John and their son and daughter.