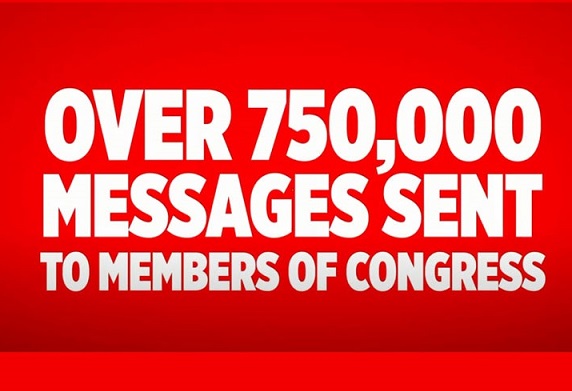 WASHINGTON—A grassroots campaign by the Armenian National Committee of America has already generated more than 750,000 messages demanding that Congress immediately enforce crippling sanctions against Turkey and Azerbaijan for anti-Armenian war crimes, including Baku’s use of cluster bombs against civilians in Artsakh and Ankara’s recruitment of jihadist terrorists.

“We call on each and every Armenian American, our coalition partners, and our human rights allies to join the ANCA’s national campaign to sanction Turkey and Azerbaijan for the war crimes they are committing across Artsakh,” said ANCA Chairman Raffi Hamparian. “More than just sanctioning nations, we seek – through the broad powers enacted through the Global Magnitsky Act – to hold the leaders of Turkey and Azerbaijan personally accountable, by freezing their assets, ending U.S. financial dealings, and denying them visas to visit the United States.”

The ANCA has made it easier than ever to ensure concerned community voices are heard in the battle to defend Artsakh through the ANCA Rapid Responder System.  By registering, advocates empower the ANCA to automatically – with informed consent – send pre-written letters on their behalf to legislators. This system ensures that advocate views and values are shared immediately with key decision-makers, every time that the ANCA posts an action alert on Artsakh or Armenia.  Sign up now and become an ANCA Rapid Responder.