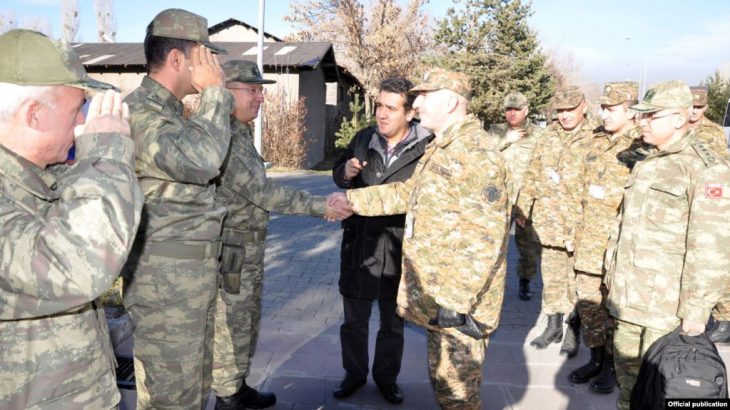 It announced the decision as Turkey and Azerbaijan began joint military exercises in the wake of deadly hostilities on the Armenian-Azerbaijani border which heightened tensions in the Nagorno-Karabakh conflict zone.

Signed in 1990 and revised in 1999, the Treaty on Conventional Forces in Europe (CFE) places specific limits on the deployment of troops and heavy weapons from the Atlantic coast to Russia’s Ural mountains. Armenia, Georgia and Azerbaijan signed it after gaining independence.  Signatories to the treaty are allowed to inspect each other’s compliance with the arms ceilings through random visits to practically any military base. Military inspectors from Turkey and other NATO member states have regularly visited Armenia since the mid-1990s. The Armenian Defense Ministry had first sent a group of CFE inspectors to eastern Turkey in March 2010.
The Armenian Foreign Ministry said it informed the Organization for Security and Cooperation in Europe on Wednesday that Yerevan has decided to “suspend” Turkish inspections of its armed forces.

In a statement, the ministry attributed the move to Turkey’s “unilateral support to Azerbaijan” and “unprecedented threats against Armenia” voiced following the border clashes that broke out on July 12. It also pointed to the Turkish-Azerbaijani war games, saying that they “further aggravate the situation” in the Karabakh conflict zone.

“Any [further] military inspection conducted on the territory of Armenia by Turkey … would adversely impact Armenia’s security interests and may jeopardize the security of its population,” read the statement. It indicated that weapons inspectors from other OSCE member states will be allowed to continue to visit Armenia.