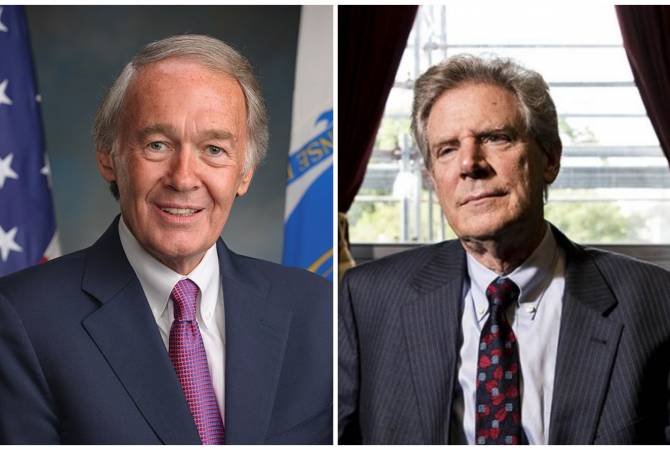 US Congressional Armenian Caucus Co-Chair Frank Pallone and Senator Edward J. Markey expressed their support for Armenia and the Armenian people, condemning the recent provocative actions taken by Azerbaijan along the Armenia border.

“Azerbaijan is once again attempting to start a war with Armenia. Azerbaijan’s constant use of caustic rhetoric aimed at Armenia and Artsakh are part of a concerted effort to provoke another conflict”, Congressman Frank Pallone said on Twitter.

Senator Edward J. Markey also expressed his support to Armenia on a Twitter post: “I stand with Armenia as they protect their territorial integrity. Azerbaijan and Turkey must respect the Armenian/Azeri border, respect the aspirations of the Armenian people of Nagorno Karabakh, and should deescalate this conflict immediately”.

The Azerbaijani armed forces launched an attack on an Armenian military base located in Tavush province on July 12, using artillery, mortars and UAVs. In addition, the Azerbaijani side also shelled the town of Chinari in the province with mortars, damaging civilian homes.