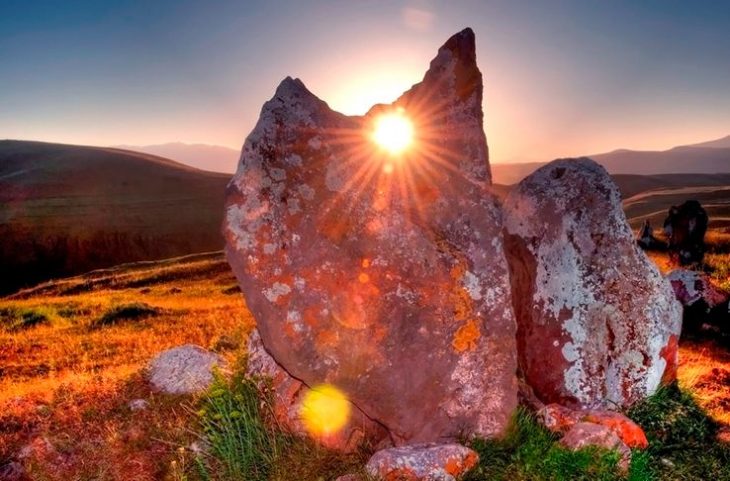 England’s Stonehenge is one of the most famous ancient sites in the world, but the prehistoric Zoarts Karer site in Armenia might predate the Wiltshire stones by a whopping 2,500 years, The Travel writes.

“The Zorats Karer, also known as Carahunge or simply, “Armenian Stonehenge,” is a mysterious ancient site that is made up of over two hundred large stone monoliths with eighty having distinctive well-polished holes in them,” author Marika Kazimierska writes.

“Like England’s Stonehenge, there is an unraveling mystery behind their exact use or what the site used to be. With experts claiming that the Armenian Stonehenge may have been built as far back as 7,500 years ago, we might never know their purpose,” the article reads.

There have been multiple theories about these massive stones, but the one that has caught people’s attention the most was that the stones were used as an astronomical observatory. It might even be the world’s oldest observatory. To this day, experts still cannot unravel its use.

The Traveler presents 20 fascinating points about the Armenian Stonehenge,  proving that it deserves way more attention.

The article also reminds that some of the world’s oldest things were found in Armenia. From the oldest shoe to a wine-making facility over thousands of years ago.