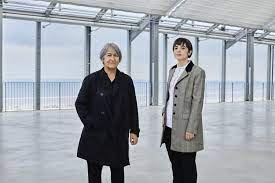 2021 Pritzker Prize winner Anne Lacaton will mentor Lebanese-Armenian architect and co-founder of MÜLLERAPRAHAMIAN Arine Aprahamian as part of the Rolex Mentor and Protégé Arts Initiative. The program is the luxury retailer’s non-profit arm who announced the upcoming cycle’s mentors and their protégés in a ceremony at the Brooklyn Academy of Music.

Aprahamian founded her practice along with partner Adrian Müller in 2018 and has since earned a reputation for forward-thinking designs through several cutting-edge projects and proposals spread between Lebanon, the UK, Armenia, and Italy. The studio boasts recent high-profile commissions at the Tate Modern and Venice Biennale, among other initiatives, propelled by a “trans-scalar, anti-disciplinary and future-ready approach to materials, experience, and space.” Both are former staffers in the London office of ZHA, and have garnered awards and scholarship recognition from The Royal Institute of British Architects, Fulbright Commission, and New Artists Society.

Lacaton and Aprahamian will be joined by artists El Anatsui and Bronwyn Katz; musicians Dianne Reeves and Song Yi Jeon; authors Bernardine  Evaristo and Ayesha Harruna Attah; and filmmakers Jia Zhang-Ke and Rafael Manuel as the next cycle’s participants.

Aprahamian and Lacaton are the latest pairings in a list that dates to and includes architects David Adjaye and Mariam Kamara; David Chipperfield and Simon Kretz; Peter Zumthor and Gloria Cabra; and Kazuyo Sejima and Yang Zhao, whose mentor project offered a response to the devastating 2011 Tōhoku earthquake and tsunami in Japan.

“We extend our congratulations to the protégés, who now join the global and multigenerational artistic community that has grown over the past two decades,” shared the program’s head of mentoring, Rebecca Irvin. “It will be exciting to see how the creative collaborations in this new cycle will once again take place across barriers of geography and culture, as well as age.”