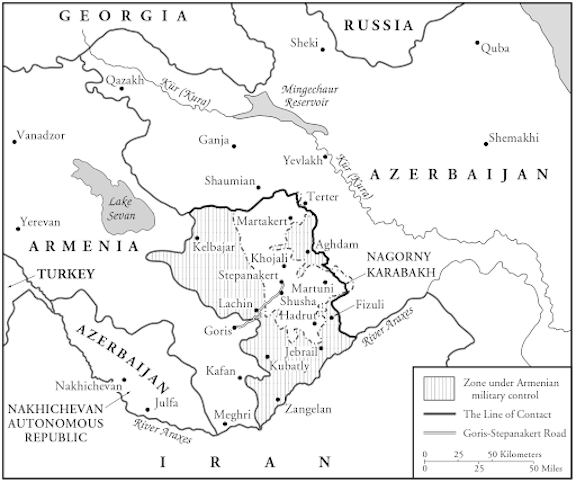 In view of the snowy peaks of Mount Ararat—believed to be the resting place of Noah’s Ark—stands the Armenian Nuclear Power Plant. A relic of the Soviet past, the ANPP is a symbol of economic recovery for the Republic of Armenia: overcoming its challenges, the country has become a net-producer of electricity.1 However, experts warn that the ANPP is among the most dangerous facilities in the world due to its many design flaws.

The Soviet Union began construction of the ANPP in the 1970s, with its two reactors being activated in 1976 and 1980 respectively; while the facility seemed promising at first, it was shut down after nine years of use due to a catastrophic earthquake near its vicinity, which had threatened a Chernobyl-level disaster.2

When the Soviet Union dissolved in 1991, the Armenian people became independent for the first time in over 70 years.3 Unfortunately, the newly formed republic faced many challenges from the start, both in a political and economic sense. The compartmentalized nature of its formerly communist economy meant that it relied on its eastern neighbor—the oil-rich Republic of Azerbaijan—for energy; however, with the Soviet authorities out of the picture, there was no one left to facilitate this transfer.4 When a conflict between the two countries over the disputed region of Nagorno-Karabakh resulted in an Armenian victory, Azerbaijan imposed an economic embargo, cutting Armenia off from its previous energy network: the All-Union electrical grid.5,6 Despite their obligations under the World Trade Organization, Azerbaijan’s ethnic kin in the Republic of Turkey imposed a similar embargo.7,8 These conditions culminated in the perfect storm for an energy crisis.

Known to the Armenians as the “Dark and Cold Days,” between 1991 and 1995, Armenia experienced a chronic shortage of electricity.9 With embargoes to the east and west, officials tried to direct a gas pipeline through their northern neighbor—Georgia; however, Georgia’s internal unrest contributed to the failure of this endeavor.10 Armenia depended on its domestically produced hydroelectric power, which devastated the country’s greatest natural resource: Lake Sevan.11 Despite their best efforts, by the winter of 1994, the Armenian people had electricity for 1-2 hours per day, leaving them to rely on candles and firewood to fulfill their needs.12,13,14 As citizens of a post-Soviet republic, the Armenians joked that they had become the first nation in the history of the world to go from the Space Age to the Stone Age.15 These conditions were difficult for all that endured them, spurring the need for dramatic reform.

Children in Armenia huddle around a small furnace for warmth. The winter months were especially challenging, since temperatures in the country typically drop below -5°C. (Photo from Hetq.am)

Faced with mounting pressure, Armenian officials made the difficult decision to restart the Armenia-2 reactor of the ANNP by 1995, the first time in history that this had been accomplished.16 It quickly became a source of power for Armenia’s cities and a source of hope for Armenia’s citizens.

Unfortunately, the reopening of the ANPP brought renewed concerns over a multitude of disastrous design flaws. While the Armenian Ministry of Energy insisted that its upgrades were sufficient, critics directed attention to the fact that the ANPP was constructed near fault lines and lacked containment infrastructure.17 In 2004, the European Union’s envoy called the facility “a danger to the entire region,” while offering a 200-million-euro loan to finance the ANPP’s shutdown; seeing no alternative to the operation of the ANPP, Armenia rejected the offer.18 Years later, citing the ANPP’s “aging infrastructure,” the United States government advocated the construction of a new facility.19 However, of those calling for the closure of the ANPP, no voice has been louder than Turkey, which argues that the station poses a tremendous risk to the entire Caucasus.20 After all, if a Chernobyl-level disaster happened, the fallout would reach a large portion of the global community, most significantly impacting Turkey, Georgia, Azerbaijan, and Iran. Turkey argues that these countries did not agree to the risk that is being imposed on them, resulting in an externality: while Armenia is the only country to generate electricity from the ANPP, all of its neighbors are equally affected by the potential consequences. The risk associated with operating the ANPP can be understood as a common-pool resource, since there is a finite amount of acceptable risk that countries are willing to take. As Turkey sees it, by operating the ANPP, Armenia has taken more than its fair share; however, for the Armenians, this choice is rational. To them, the risk-benefit ratio seems to skew in favor of operating the ANPP, seeing that the only alternative is to live in the dark. “The Armenian people fear a return to the ‘Dark and Cold Days’ more than the public health risks that come with using the ANPP,” explains Dr. Alina Dorian, Associate Dean for Public Health Practice at the University of California Los Angeles.21 Having suffered the bone-chilling years for herself, Dr. Dorian warns of the impact that their return could have on Armenia.

In order to achieve an equitable solution to this issue, the ANPP must continue to attract multinational investment in its safety. Prior offers, such as the one made by the EU in 2004, have failed, since Armenia is unwilling to permanently decommission what it views as critical infrastructure. This scenario is unrealistic because, in the absence of the ANPP, Armenia has no means of delivering electricity to its citizens. Nuclear energy accounts for nearly 30% of the country’s total production, so a viable solution must recognize its inevitable dependence on the ANPP.22 After a promising outcome in the International Atomic Energy Agency’s “Safety Aspect of Long-Term Operation” inspection in 2018, Prime Minister Nikol Pashinyan expressed his intention to extend the ANPP’s lifetime to 2040.23 Rather than immediately decommission the facility, Armenia is wise to pursue upgrades that will extend the operating lifetime of the ANPP, until the development of a replacement unit is complete.

This approach benefits all parties by solving the issue of externalities. If the existing facility is properly upgraded, Turkey, Azerbaijan, Georgia, and Iran can rest assured that no transnational Chernobyl-level disaster will occur near their borders. The global community has a vested interest in the safe operation of the ANPP, so these countries are likely to welcome any changes that will reduce its risks. As for the Armenian people, this solution ensures that the “Dark and Cold Days” will never return. Nuclear energy has the potential to supply power to Armenian cities for decades to come in a manner that is environmentally responsible. Unlike its neighbors, Armenia does not possess oil or natural gas reserves; however, this allows the country to justify investment into alternative, clean or renewable sources.24 In addition to this, expanding the country’s nuclear sector is likely to produce more opportunities for employment in the high-technology industry. Coupled with the use of clean energy, these employment opportunities would facilitate sustainable development in Armenia, which is vital for the long-term viability of the nation’s economy.

While many have called to decommission the ANPP, a realistic solution to the issue must consider the interests of all parties, including the Armenian people. If the facility is taken offline, Armenia would experience a return to the much-dreaded “Dark and Cold Days;” however, by investing in the safety of the ANPP, the international community can ensure that Armenia has a reliable source of energy, while imposing minimal risk upon its neighbors.

Kami Arabian is a recent graduate of Rose and Alex Pilibos. Currently, he is pursuing a double major in environmental studies and government with a minor in Middle Eastern studies at Dartmouth College in Hanover, New Hampshire.