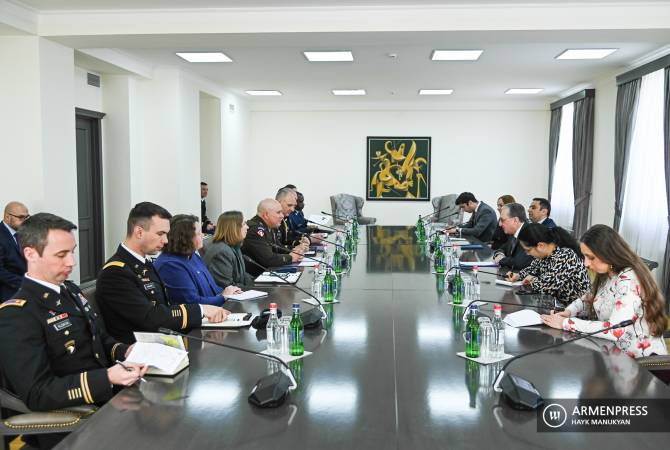 Welcoming the guests in Armenia the FM praised the fact that the US delegation is going to participate in the Armenian Army Day celebrations in Yerevan. The minister said during the course of years Armenia has established a firm partnering dialogue with the United States and is ready to continue making efforts to further strengthen and enrich the relations between the two peoples.

The officials exchanged views on the Armenian-American strategic dialogue, highlighting the importance of implementation of agreements reached recently.

As a key component of the bilateral agenda the sides outlined the development and expansion of decentralized cooperation. Both expressed readiness to take joint actions at traditional directions, such as peacekeeping, military medicine, etc. In this context the foreign minister highly valued the US contribution to the strengthening of Armenia’s peacekeeping capacities.

The minister also introduced the guests on the ongoing reforms of the Armenian government, highlighting the constant cooperation with the US partners in this process.

Armenia will celebrate the 28th anniversary of the establishment of the Armed Forces on January 28.