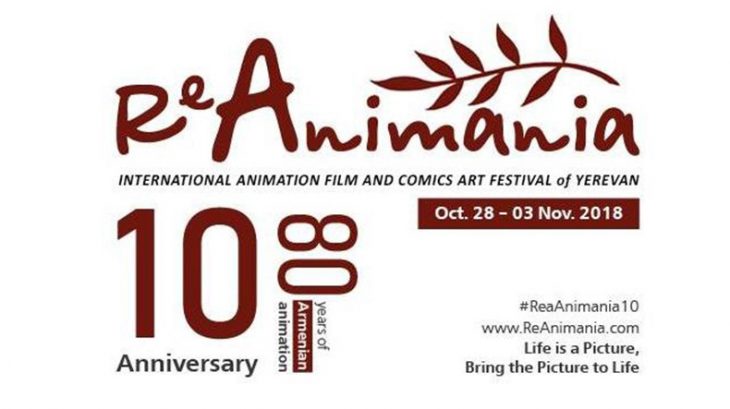 More than 2000 applications from 100 countries have been submitted for the 10th ReAnimania International Animation & Comics Art Festival of Yerevan.  As the Facebook page of the festival reported, this year the festival will take place on October 28 – November 3.

It is noted that this year marks 80th anniversary of the Armenian Animation to celebrate this year.

To note, ReAnimania International Animation Film Festival of Yerevan was founded by cartoonist, painter and animator Vrej Kassouny in 2008. The Festival has since reintroduced the art of animated filmmaking to Armenian audiences.

The festival includes a selection of highly anticipated non-commercial features and shorts with 15 in-competition and non-competition programs and a Market Forum for Animation Professionals (MARANI). The festival also offers an array of practical workshops, seminars, master classes and lectures presented by a host of global industry talent.