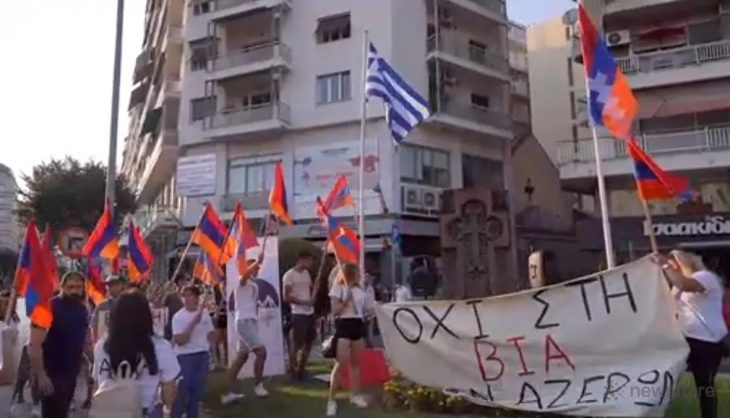 Protesters held a moment of silence for Armenian soldiers killed in recent skirmishes with Azerbaijani troops.

Protesters called for an end to Azerbaijani aggression and urged the international community to pursue sanctions on the government of Azerbaijan and shed light on its international and human rights violations.

Armenians worldwide have been staging protests after Azerbaijan incited hospitalizes in the Tavush section of the shared border on July 12.