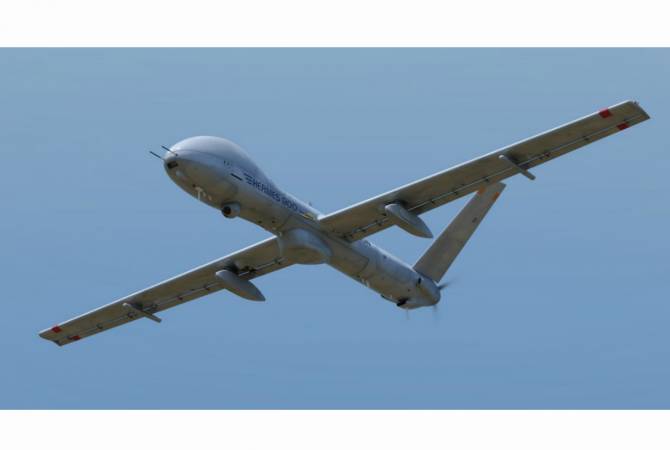 The Defense Ministry of Armenia has released a footage of the downing of Elbit Hermes 900 UAV of the Azerbaijani armed forces. In an interview with ARMENPRESS Artsrun Hovhannisian, Head of the Command and Staff Faculty of the Vazken Sarksian Military University and former MoD spokesperson, said that it was one of the most expensive and important UAVs at the disposal of the Azerbaijani armed forces.

‘’Elbit Hermes 900 is a powerful UAV, it’s a fire control system and surveillance UAV. It’s very expensive and is the biggest UAV of Azerbaijn’’, Hovhannisyan said.

Hovhannisyan also wrote on his Facebook page that this was probably the first downing of Elbit Hermes 900 in the world.

The footage released by the Defense Ministry shows how the missile launched by the Armenian servicemen hits the Azerbaijani UAV.

Edited and translated by Dikran Sireganian