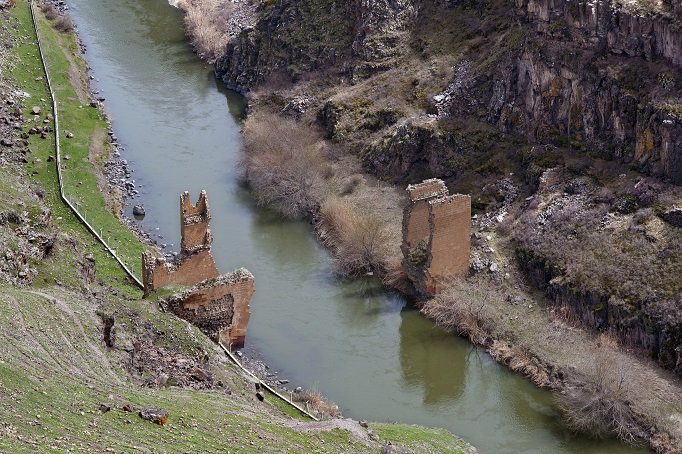 Armradio- Turkey intends to rebuild the historic Bridge of Ani (Silk Road Bridge) on the Armenian-Turkish border on the Akhuryan River. The statement came from Ahmet Arslan, a former Turkish Minister of Transport, Maritime Affairs and Communications and now a Member of Parliament from Kars, Ermenihaber.am reports.

In an interview with Gazete Kars, he said that at the moment the 18th Department of the Turkish Land Roads in Kars is organizing a tender for the repair of the bridge, and the construction work will begin soon.

Arslan noted that the ruins of Ani are very important.

“One of the important features of Ani is that it is located on the Silk Road. God willing, the General Department of Land Roads will rebuild this historic bridge over Akhuryan, which closes the Silk Road and crosses the Armenian-Turkish border, just as it rebuilt the other historic bridges. The work will start soon,” the Turkish MP said.

However, the MP did not provide any other details about the restoration of the bridge. It’s not known whether any agreement has been reached with Armenia on the issue, as one of the two pillars (legs) of the bridge is located on the Armenian coast of Akhuryan.