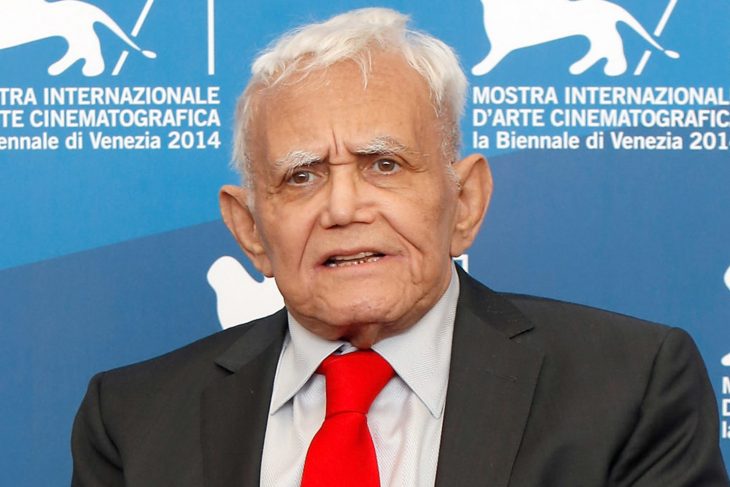 The Armenian Film Society has slammed the Academy of Motion Picture Arts and Sciences for the failure to include the Armenian-American screenwriter Mardik Martin in the In Memoriam segment during this year’s Oscars broadcast.

The Academy has updated its website with a “full list” and he is once again not included.

The Armenian Film Society has contacted the Academy directly in hopes that they may rectify this.

Canadian Armenian filmmaker Atom Egoyan said earlier that as a member of the Academy, he was disappointed not to see the passing of Mardik Martin mentioned during “In Memoriam” section of the Oscars.

“Mr. Martin was an essential collaborator on Martin Scorsese’s early work and wrote several drafts of the masterpiece Raging Bull. In addition to continuing to write for the screen, Mr. Martin taught at USC for many years, helping to inspire and educate a new generation of writers,” Egoyan said.

Meanwhile, the Academy has responded to complaints about the exclusion of some entertainment figures from its annual In Memoriam segment on Sunday’s Oscar telecast.

“The Academy receives hundreds of requests to include loved ones and industry colleagues in the Oscars In Memoriam segment,” the organization said in a statement.

“An executive committee representing every branch considers the list and makes selections for the telecast based on limited available time. All of the submissions are included on Oscar.com and will remain on the site throughout the year,” it added.

Kobe Bryant led off the Oscar telecast’s In Memoriam segment and Kirk Douglas was the last film personality it honoured.

Of Armenian descent, Martin was born in Iran on Sept. 16, 1934, but raised in Iraq. He left for America at age 18 and studied at NYU in the early 1960s when he met fellow student Scorsese.

After several projects made in college, including a documentary about Scorsese’s parents called Italianamerican, the duo’s first feature was the gritty drama Mean Streets, with Martin co-writing the screenplay based on a story by Scorsese.

In 2008, a documentary on Martin’s life titled Mardik: Baghdad to Hollywood was released and featured contributions from Scorsese, George Lucas, Amy Heckerling and Irwin Winkler as well as author Peter Biskind.

Martin’s final film work was co-writing the screenplay to Turkish-German director Fatih Akin’s 2014 film The Cut, which explored the legacy of the Armenian Genocide, a subject close to his heart.