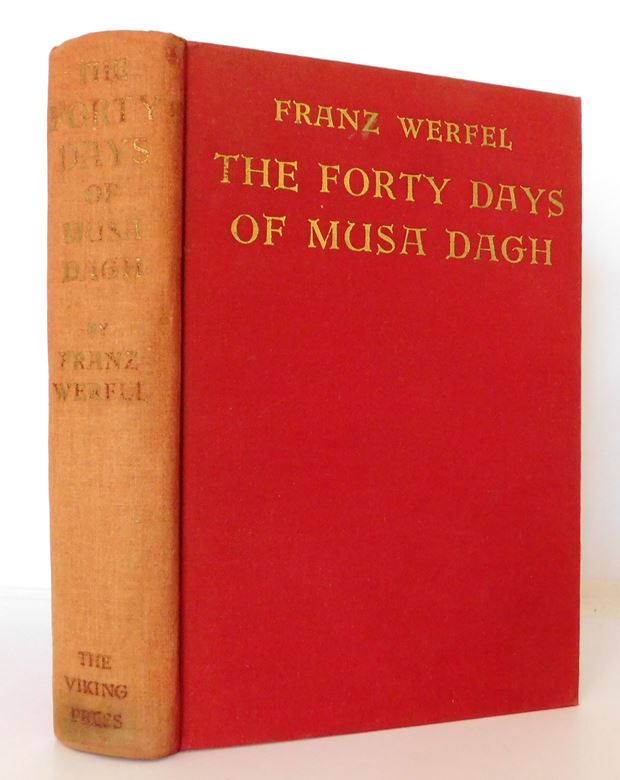 Armin Wegner, a German soldier and medic, was sent to the Ottoman Empire during World War I, while the two countries were allies. Wegner was stationed along the Baghdad Railway in Syria and Mesopotamia, where he witnessed the deportations and mass killings of Armenians, subsequently known as the Armenian Genocide. He wrote several books describing his eyewitness accounts.

Contrary to the Ottoman prohibition of taking pictures during the Armenian Genocide, Wegner took hundreds of rare photographs and smuggled them into Germany. At the Ottoman government’s request, he was arrested and some of his photographs were destroyed. He succeeded, however, in hiding many other negatives in his belt. In 1919, Wegmer sent a letter to U.S. President Woodrow Wilson at the Peace Conference, advocating for an independent Armenia. In 1921, Wegner testified at the trial of Soghomon Tehlirian, who was accused of assassinating Talaat Pasha in Berlin, the Turkish mastermind of the Armenian Genocide. Tehlirian was found not guilty by the German court and released from jail. Along with his wife, Wegner visited the Soviet Union and Soviet Armenia in 1927 – 28. In 1968, he was invited to Soviet Armenia by the Catholicos of All Armenians and awarded the Order of St. Gregory the Illuminator. Wegner died in Rome in 1978, at the age of 91. Some of his ashes are buried in Armenia.

Wegner’s illustrious counterpart was Franz Werfel, a Jewish-Austrian novelist, playwright, and poet. He was well-known for his novel, “The Forty Days of Musa Dagh,” which described the Armenian resistance to the Ottoman troops during the Genocide.

Werfel visited the Middle East twice in 1925 and 1929. While in Damascus, Syria, he encountered Armenian children, survivors of the Genocide, who were in destitute condition, which inspired him to write “The Forty Days of Musa Dagh.” The world famous novel was published in Germany in 1933. Werfel gave lectures about the Armenian Genocide throughout Germany, as a result of which he was accused of spreading anti-Turkish propaganda. The Nazi newspaper “Das Schwarze” denounced him for carrying out propaganda against “alleged Turkish horrors perpetrated against the Armenians.” The same German newspaper, suggesting a link between Armenians and Jews, condemned “America’s Armenian Jews for promoting in the U.S.A. the sale of Werfel’s book.” His books were burned by the Nazis. He was forced to flee and eventually settled in Los Angeles, where he died in 1945. His body was reburied in Vienna in 1975.

Interestingly, these two distinguished pro-Armenian writers clashed with each other when Armin Wegner wrote a lengthy letter on December 14, 1932, asking Franz Werfel not to write his novel, “The Forty Days of Musa Dagh,” because he was in the midst of writing his own four-volume book on Armenians. Werfel responded to Wegner with a short letter on December 23, 1932, explaining that their planned books did not conflict with one other, as they were about different aspects of the Armenian Genocide. I would like to thank Zaven Khatchaturian, President of Armin T. Wegner Society of USA, who translated both letters from German into English. The German original of both letters are kept at the Shiller-Nationalmuseum und Deutsches Literaturarchiv, Marbach/Neckar, Germany. Below are excerpts from these two historic letters, which Wegner wrote from his home in Berlin to Werfel in Vienna:

“When I returned to Berlin from Meran, a few days ago, after a long and serious illness, the first thing my friends told me, and what I read in the newspaper soon after, was: Franz Werfel is writing a novel about the downfall of the Armenian people. I saw, in the eyes of my friends, that they were afraid to upset me with this news, which they didn’t want to keep from me.

You must know dear comrade and master that I myself have been writing a voluminous novel about the fate of the Armenian people. I am surprised that you have not heard of it through my numerous publications, if not otherwise, by my letter to the Prussian Academy of the Arts, Department of Poetry. In the fall of 1930, I set out in more detail the project of my Armenian novel. This letter became the reason that the Academy gave me more support for my work on it. Or, perhaps, because of my writings on Armenia, and the well-known fact, in literary circles, that I was involved with the development of the fate of the Armenian people, inspired you to turn to this huge thing on your own way.

You can justifiably reply that history is the field of every man and artist, and that no one can deny them the opportunity to choose the area for his artistic work that appeals to them and entices them. However, you will understand that the message of your plan filled me with a certain anxiety, when you hear the lifelong attachment of fate between me and the demise of the Armenian people as a human and artistic experience.

It may happen, and it has repeatedly occurred, that two poets simultaneously and independently of each other (or even knowingly) grab the same substance. It happened recently—two dramatists almost concurrently, wrote a play about the Panama Canal (likewise two writers wrote the play The Captain of Köpenick). Such is the misfortune of the one who comes later, even if he is perhaps the stronger artist, and, as a result, the success of his creation suffers. In such a case, it is one work among other of the artist’s works, which he may or may not give up easily. However, sooner or later he must cope with the flop. In my case it is the work of my life.

In the years 1915 to 1917, I was a member of the Turkish Army in Turkey, and became one of the few individual European eyewitnesses to one of the most terrible tragedies of humanity in the course of the millennia – perhaps, only surpassed by the tragedy of World War I, of which it was a part. As my relationship with Armenia goes back to my boyhood days, and my family’s ties to the Middle East have been around for generations, I did not feel caught up in this shattering experience. The first testimonials I wrote were more human than poetic. In the spring of 1919, before the books of Lepsius could appear in open bookshops, Theodor Wolff published, in the Berliner Tageblatt, my then well-known letter to Wilson on the demise of the Armenian people. I am sending you a copy.”