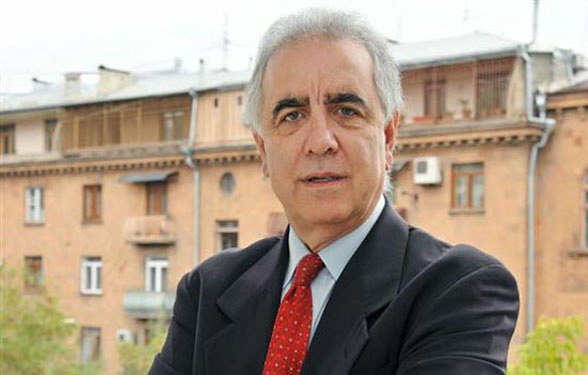 There are three reasons why Armenia is in such a state of chaos and confusion:

The first reason is that Armenia, as the defeated side in the war, has very little leverage in the implementation of the “Statement” or agreement signed on Nov. 9, 2020 by the President of Azerbaijan, Prime Minister of Armenia and President of Russia.

The second reason is that since the text of the “Statement” was vague, key details were left out causing uncertainty.

The third problem is that Prime Minister Nikol Pashinyan, as the demoralized head of the defeated side, is in no position to resolve or minimize the damage caused by the war. The reasons for his ineffectiveness are: his failings during the war and his mismanagement and inexperience throughout his tenure as Prime Minister.

The only proper course for Armenia is for Pashinyan to resign on his own free will without any pressures, demonstrations and ugly confrontations. While it is horrible that Armenia was defeated by powerful outside enemies during the war, it is much worse when Armenians treat each other as enemies. Those who say that no one can replace Pashinyan are insulting the Armenian nation. No one is irreplaceable. There are plenty of competent and intelligent Armenians both in Armenia and the Diaspora who can manage Armenia competently. The new leader should be neither a part of those in power now nor those of the past. The Armenian people will choose Pashinyan’s successor through democratic elections. Armenia needs fresh blood!

Returning to the Nov. 9, 2020 agreement, it is strange that specific deadlines were set for several of its provisions, such as the withdrawal of Armenian troops from the various territories surrounding Artsakh, but point 8 of the agreement, the “exchange of prisoners of war, hostages and other detained persons, and dead bodies” had no specific deadline. Pashinyan should have insisted on a deadline before signing the agreement. Thousands of Armenian families are in an extremely tragic situation, not knowing if their loved ones are dead or alive. Meanwhile, many Armenian prisoners of war are being tortured by Azeri officials in contravention of the Geneva Convention. Azeri soldiers have shamelessly videotaped themselves decapitating or cutting off the ears and limbs of captured Armenian soldiers and civilians. This is a continuing war crime which should be presented to international courts.

Armenia and Azerbaijan exchanged a small number of prisoners shortly after the war. The fate and the number of the rest of captured Armenian soldiers remain unknown.

After a lengthy and frustrating wait, the leaders of Armenia, Azerbaijan and Russia finally met in Moscow on January 11, 2021, to take decisions on two key points: 1) the exchange of prisoners of war and hostages; and 2) determination of the final status of Artsakh, according to an announcement made before the meeting by the Armenian Prime Minister’s office.

Shockingly, after the Moscow meeting, a new agreement was signed by the three leaders mentioning only point 9 of the Nov. 9, 2020 agreement: “the unblocking of all economic and transportation routes in the region.” This means that Armenia would be able to use the railway that starts in Northern Armenia, crosses Nakhichevan and exits in Armenia’s South on its way to Iran. Armenia would also be able to use the railway that crosses mainland Azerbaijan, reaching Baku and then Moscow. Azerbaijan, on the other hand, would have a route through Southern Armenia linking Nakhichevan to mainland Azerbaijan. Very short deadlines were set to form high level committees on the transportation routes without mentioning either the exchange of prisoners of war or the final status of Artsakh. Amazingly, Pashinyan announced immediately after the summit meeting: “Today we failed to resolve the issue of prisoners of war, this is the most sensitive issue. We agreed that we will continue [talks] in this direction. I hope we will be able to come to a concrete solution as soon as possible…. Unfortunately, it is impossible to resolve all issues in one meeting.” The Moscow meeting was a second defeat for Armenia.

Pashinyan’s comments should be unacceptable to all Armenians, regardless of whether they support him or not. How could he have sat in a meeting for four hours with Presidents Putin and Aliyev and not insisted on the immediate exchange of the prisoners of war? Two months have passed since the ceasefire? No one knows when Putin, Aliyev and Pashinyan will meet again to resolve this critical issue. This is no way to defend Armenia’s interests, even considering the dire situation of a defeated country. Pashinyan should have made clear at the meeting that priority number one was the exchange of prisoners. Unless it was decided that these prisoners would be exchanged within a few days, he would refuse to discuss any other issue with them. How can Armenia and Azerbaijan discuss the unblocking of transportation routes between the two countries while Armenian prisoners are languishing in Baku jails and tortured? Furthermore, neither the November agreement nor the subsequent Moscow announcement indicated who will pay for the construction of the road and railway linking Nakhichevan to mainland Azerbaijan through Armenia.

While Armenia’s Prime Minister continues to negotiate from a position of weakness, the Azeri side is becoming even more strident; warning Armenia’s leaders not to travel to Artsakh after the Armenian Foreign Minister went there. Azerbaijan insisted that this was a violation of the Nov. 9, 2020 agreement, although there is no such prohibition in the agreement. In addition, Azerbaijan announced that the Armenian prisoners of war would be tried as ‘terrorists’; therefore, not subject to an exchange. Even though Armenia is in a very difficult situation after the war, Armenian leaders have to fight hard to protect the country’s interests as much as possible. The more subservient Armenia’s leaders behave, the more demanding Azeris and Turks become.

Regrettably, Pashinyan seems to have convinced himself that unblocking transportation routes between Armenia and Azerbaijan would boost Armenia’s economy. I seriously doubt this is true. Would any Armenian feel safe traveling or sending goods through Azerbaijan? Who will protect them? More problematic is Armenia’s agreement to allow Azerbaijan a road and railway link between the two countries, allowing Turkey to cross Nakhichevan, and then through Armenia’s Southern region reach mainland Azerbaijan and onwards to the Turkic Republics of Central Asia. This is the century-old Pan-Turanian dream of Turkey which is now about to become a reality. Such a route would undermine Armenia’s sovereignty and endanger its existence. The Armenian people and its government should do everything in their power to block this Pan-Turanian connection. Giving access to Azerbaijan and Turkey to cross Armenia’s territory has absolutely nothing to do with the Artsakh war and such a provision should not have been included in the Nov. 9, 2020 agreement.

I fear that Armenia’s downhill slide will continue as long as the country is ruled by a Prime Minister who is primarily responsible for the loss of Armenian lands and the deaths of thousands of soldiers.