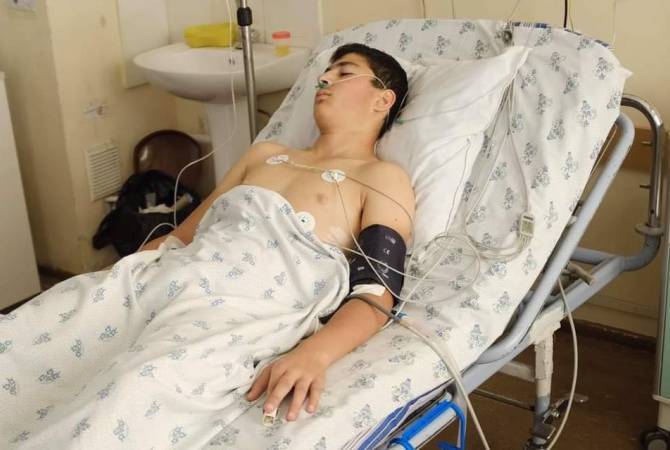 The UNICEF Armenia Office has reacted to the October 14 Azeri drone attack in the territory of Armenia that left a 14-year-old child severely wounded in the province of Gegharkunik.

“We were saddened to learn of the report that a 14-year-old adolescent was severely wounded on his way to the field for harvest in Sotk community, Gegharkunik province.

Our hearts go out to all children affected by the ongoing conflict. UNICEF repeats its urgent call for the protection of civilians and civilian infrastructure, and reiterates that a cession of hostilities is in the best interest of every child.

UNICEF is accelerating plans with partners to provide psychosocial and other needed support to affected children,”  the organization said in a statement.

The 14-year-old boy, Narek Arzoyan from the Sotk community in Armenia’s Gegharkunik Province, was traveling together with his family to their farm when their vehicle was bombed by an Azerbaijani military drone. The child is under intensive care at a Yerevan hospital.

Editing and Translating by Stepan Kocharian