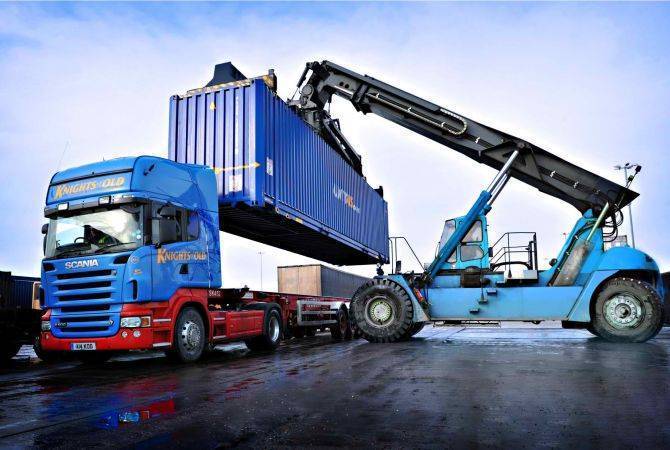 The trade turnover between Armenia and the Eurasian Economic Union (EAEU) has greatly increased since the country’s membership to the Union, Armenian economy minister Dikran Khachatrian said during parliamentary hearings on Armenia’s chairmanship year in the EAEU. The minister said the export of final consumer goods from Armenia to the EAEU states has also increased. Overall, last year the export grew by 20.7%.

“EAEU has opened great opportunities for Armenia’s economy. We have made some comparisons as of late 2014 (before Armenia’s membership) the quantitative figure of our relations with the member states. And we can state that the trade turnover volumes between Armenia and the other EAEU states has increased by 34.5%. Moreover, in the same period the exports from Armenia to the EAEU states has grown 2.1 times. In 2018 the exports from Armenia to the EAEU states has increased by 20.7%. These exports include final consumption goods”, the minister said.
1.1% in the overall export comprised mining goods. Only 99% comprised goods of reprocessing industry and agriculture. The minister attached importance to these figures which show that goods of Armenian production are competitive and demanded for the consumers of the EAEU member states.

In 2018 alcoholic drinks, diamond, fresh and frozen vegetables, fruits, tobacco, jewelry, pharmaceutics and construction stones have been exported to the EAEU states.