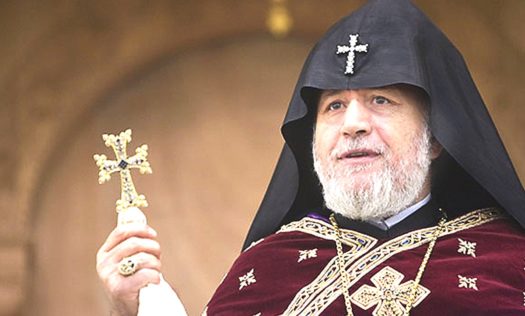 Armradio – His Holiness His Holiness Karekin II, Supreme Patriarch and Catholicos of All Armenians, has sent a letter of condolences to the President of the Republic of Lebanon, Michel Aoun, expressing his deepest condolences over the powerful blast in Beirut, which killed more than 100 people and injured thousands.

His Holiness conveyed his condolences to the the families and relatives of the innocent victims, and all the friendly people of Lebanon, wishing a speedy recovery to those injured.

“We wish the pious people of Lebanon to overcome the existing difficulties and continue their peaceful and creative path,” said His Holiness.

The Pontiff addressed his condolences to Catholicos Aram I on the death of six Armenians, inquired about the damage caused by the explosion to the population of Beirut, the Armenian community and the Catholicosate.